A group of dedicated members of Norsk Skottbenk Union made a trip to USA to see the Skottbenk that Jameel Abraham at Benchcrafted found in Amana, Iowa. Our trip where at the same time as Jameel and his family arranged Handworks 2017, a hand tool and toolmaking event. Handworks is a gathering of like-minded hand tool makers for the beuty of hand woodworking and the tools that go along with it. Traditional Workbenches are a important aspect of this. An important task on our trip was to take measures and documentations of the original Skottbenk found in Amana. Ivar Jørstad have posted in Norwegian about this. You will find all the measures in his post, but for English readers it could be a problem to read his Norwegian. I post the same drawings with English text here in this posting.

The height are among the higher benches compared to what I know from Norway. The long boards are very short compared to most known benches of this type. It might have been used in Amana Furniture Shop. For jointing parts for furniture or indoor paneling the length would be sufficent. That could indicate the use of this kind of bench in furniture making?

All parts of the trestles are made of oak. The two long boards are made of softwood and looks like white pine or something similar. I do hope that this could inspire woodworkers in USA to make their own Skottbenk based on this old original bench in Amana. 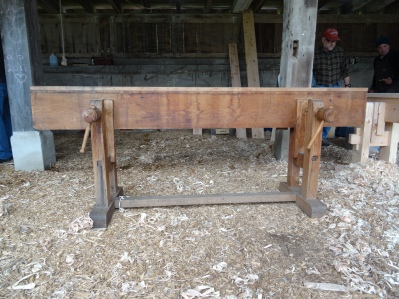 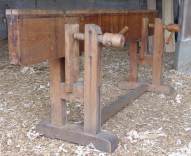 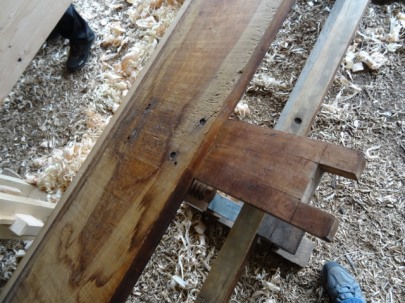 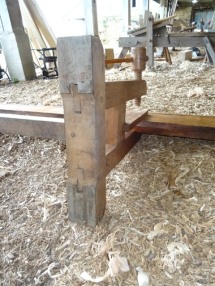 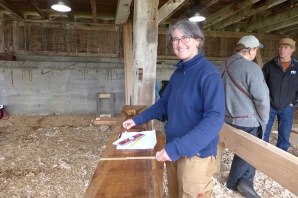 Siv are taking some measures and make drawings of the local Skottbenk. We will later post this information on the blog so that you Americans can make a copy of an old American Skottbenk. 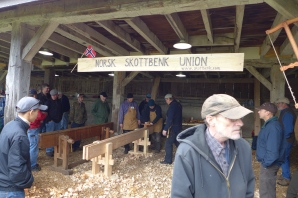 Our stand at Handworks 2017 in Amana in Iowa. 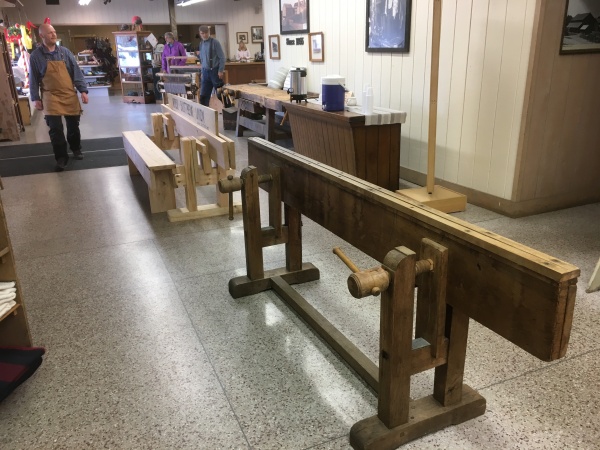 The old and the new Skottbenk at Amana Woolen Mill